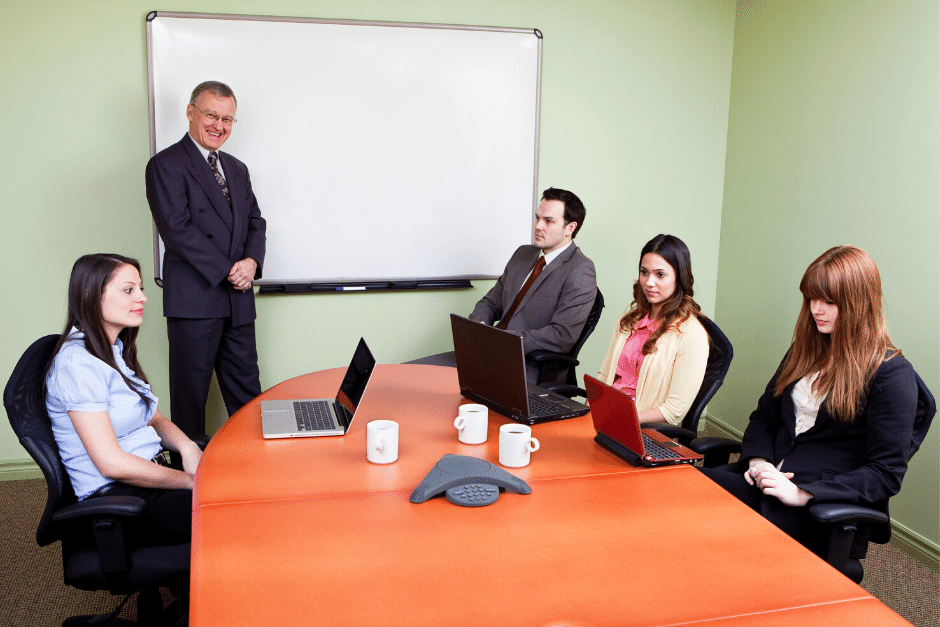 Before we get started, I want to make sure and acknowledge that if you have used any one of these five tips then welcome to the club. As a leader there will come a time when you feel overwhelmed, discouraged, and frustrated. My hope and goal for you is to choose the very best communication that motivates your team, instead of increasing misunderstanding and decreasing productivity.

It’s important to understand a little about the self-image and where it comes from. Everyone over their lifetime stores files that create their self-image. And we store those in a mental file cabinet called “This is Who I Am”. These files that help you see yourself as worth something or as worthless are downloaded and stored from well-meaning and not so well-meaning parents, teachers, and peers. This is important to remember as a leader.  When you speak to your team you have an opportunity to either motivate or demotivate them. You may see your team as professional adults, but the files they pull from can originate from much younger days. If you’re not careful with what you say to people, you may just cause them to do the opposite of what you are trying to accomplish.

So, let’s take a look at the five major things you can say that will instantly decrease productivity and demotivate your team:

I’m going to start this by saying giving a constructive critique or feedback is not a bad thing. If you are pointing out a way for someone to move forward and improve their work, that’s great! Just as an aside, the worst thing you can do is give no feedback at all and leave people in the dark. However, if you decide that negative destructive criticism is your go to move then be ready for the files from people’s past to create a less than desirable result. Negative destructive criticism is when you insult someone and constantly point out only the things they are bad at, never giving a way for them to improve themselves. (The kid files sounded like – you are too stupid, too skinny, too tall, too fat, too short and anything else to remind them they will never be good enough) 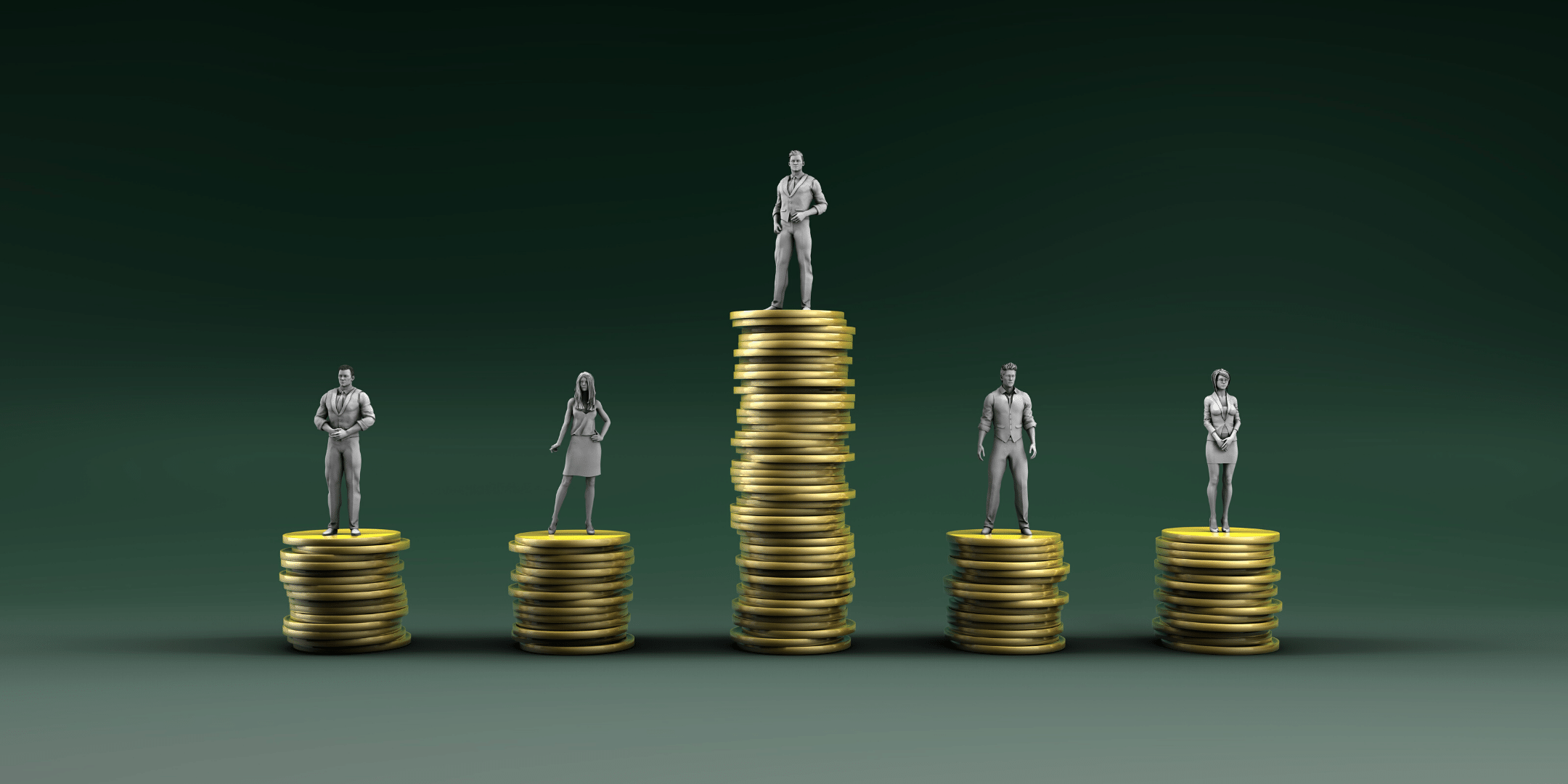 Unfair Comparisons – “The other team is succeeding. What is wrong with you all.” “All of the new people catch on much more quickly than you.” “Just look at their results, you obviously can’t do this job.”

No one enjoys being unfairly compared to someone else. But that’s exactly what is being done when a leader or manager proceeds to compare the best attribute of one sales team or sales person to the weakest attribute of another. Stay away from unfairly comparing things that are outside the norm as well. If the environment or circumstances are different from one sales team to another then the comparison isn’t going to help. If you are comparing tenured salespeople to brand new people and hoping they won’t notice then your words will be falling on irritated ears. Make sure comparisons are on level playing fields.  You can compare people or teams though, if you are giving your team a way to do what the succeeding team is doing. You might say, “Here is what the other team or salesperson is doing. Let’s do this to help you succeed.”  (Files they pull from when they are younger might be – Why aren’t you more like your sister she is so talented. Why aren’t you more like your brother he is so smart. Why can’t you do better in school like your friend I bet their parents are proud of them.)

Guilt, Shame, or Blame that creates self-deprecation – “Life would be better or easier without this team.” “I would hit my numbers if I had a better team.” “I have never missed my numbers except for now.” “It would be easier to succeed if you just weren’t around.” You are just taking up space.” “You have no idea how much heat I take for all of you.” “I spent all of this time putting this together and you aren’t even paying attention.”

Self-deprecation is when a person tells someone that they would be better off if that person didn’t exist. It’s the insinuation that the person they are talking down to is the problem and everything would improve if they were gone. Remember, everyone was once a child. Depreciating your team like this isn’t going to get you better results faster. It will instead bring up the feeling of being a burden and useless. (Files from the past sound like – You have no idea how much your mother and I sacrifice for you. We never get to enjoy ourselves because of you. We would be doing so much better if we didn’t have to spend so much money on you. We never get any time to ourselves because of you.)

Unrealistic View of Failure – “Don’t even try you aren’t going to make it.” “Your track record is terrible so give up.” There is nothing more to say, just look at your numbers.”

Unrealistic view of failure is when the emphasis of failure is put on the person instead of the event. Everyone in sales knows that there are often limited wins on a long-tattered road of constant no’s and failed attempts. When the leader refuses to take into consideration any other reasons as to why something failed and offers no opportunity for learning, then frustration and defeat is on the way. Leaders that use this tactic aren’t considering what it is they can do to help their sales people. There is no doubt that everyone needs to make sales in order to produce profit and justify their job. However, the last thing you want to do is demotivate your sales team by reminding them that they are all failures. I also remind you that you rarely, if ever, talk to your top salespeople in the same way that I am suggesting. You will say things like – “We will get them next time, or “Hang in there you will turn this around”. Don’t define someone as a failure because they are not selling something. Instead, think of ways to help them succeed, ask questions to help them and your team. (Files from the past – you always fail at everything, you will never amount to anything, you are a complete failure, you will never get into a good school if you fail that class.) 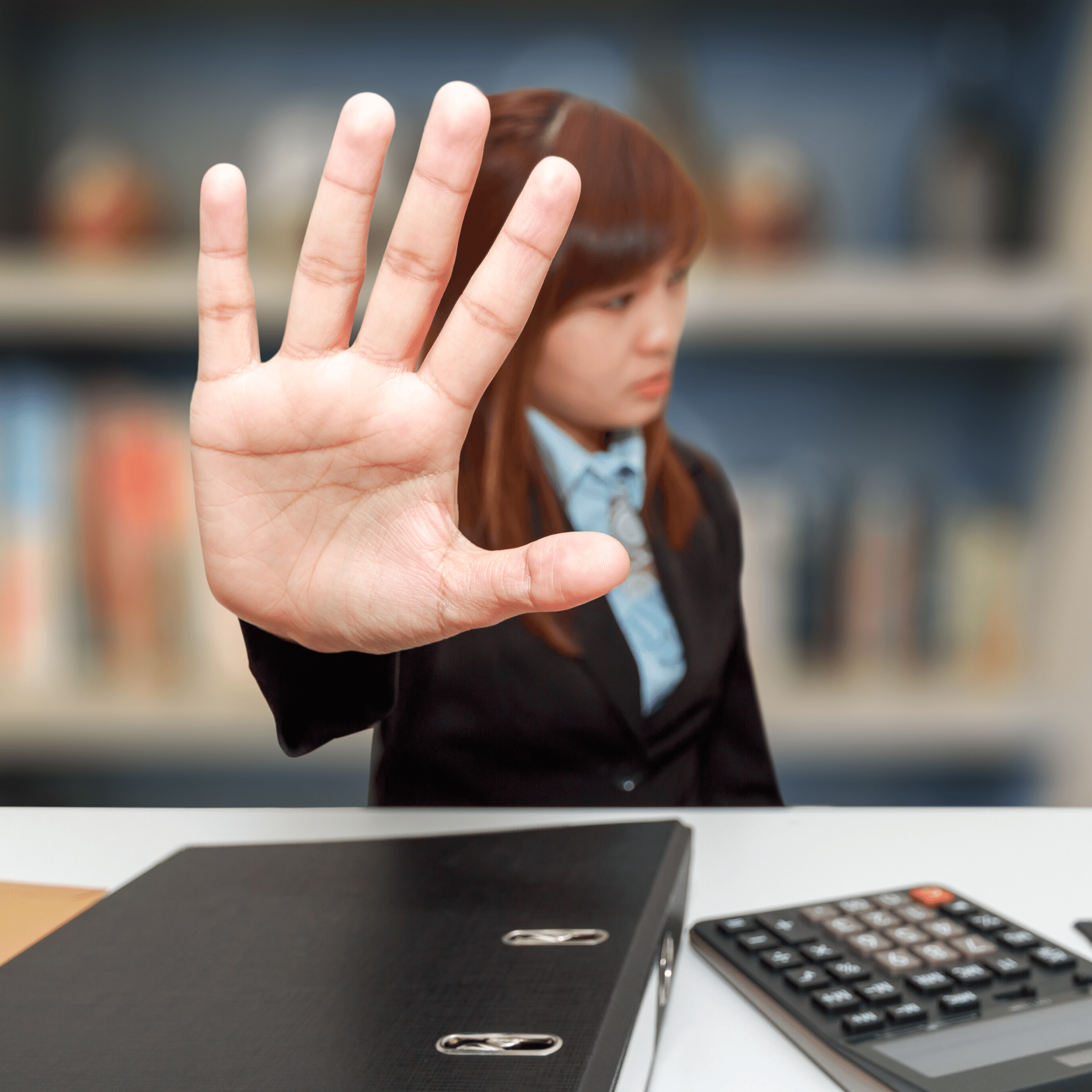 Rejection – “You are new so no one wants to work with you.” “You are too old so you just don’t have the know-how of the new systems and technology.” “This is for closers only.” “You can sit in when you sell something.” If that fails to demotivate them, then you can always just tell them “Either sell something or you’re fired.”

Pretty straight forward. Total rejection of a person. By the way this is the most damaging of the five. One of the most painful experiences is when someone is rejected. Remember earlier when I said no feedback was the worst form of feedback? Now you know why. It’s the same as giving someone the silent treatment. You are showing them they aren’t even worth your time. It’s the demeaning concept that says, “Well, I have nothing to say to all of you until you get your act together”. If you are the leader, you are responsible to help and motivate your team. Really think to yourself, what can you do as a leader to motivate your team without shame or rejection? Are you a manager of human doings or are you a leader of human beings? You can reject a task, but respect a person. (Files from the past – every team you didn’t get picked for, the party you weren’t invited to, the girl or boy that rejected you, the moment someone said I don’t appreciate you or I don’t love you. All powerful files that have been downloaded over someone’s life time.) 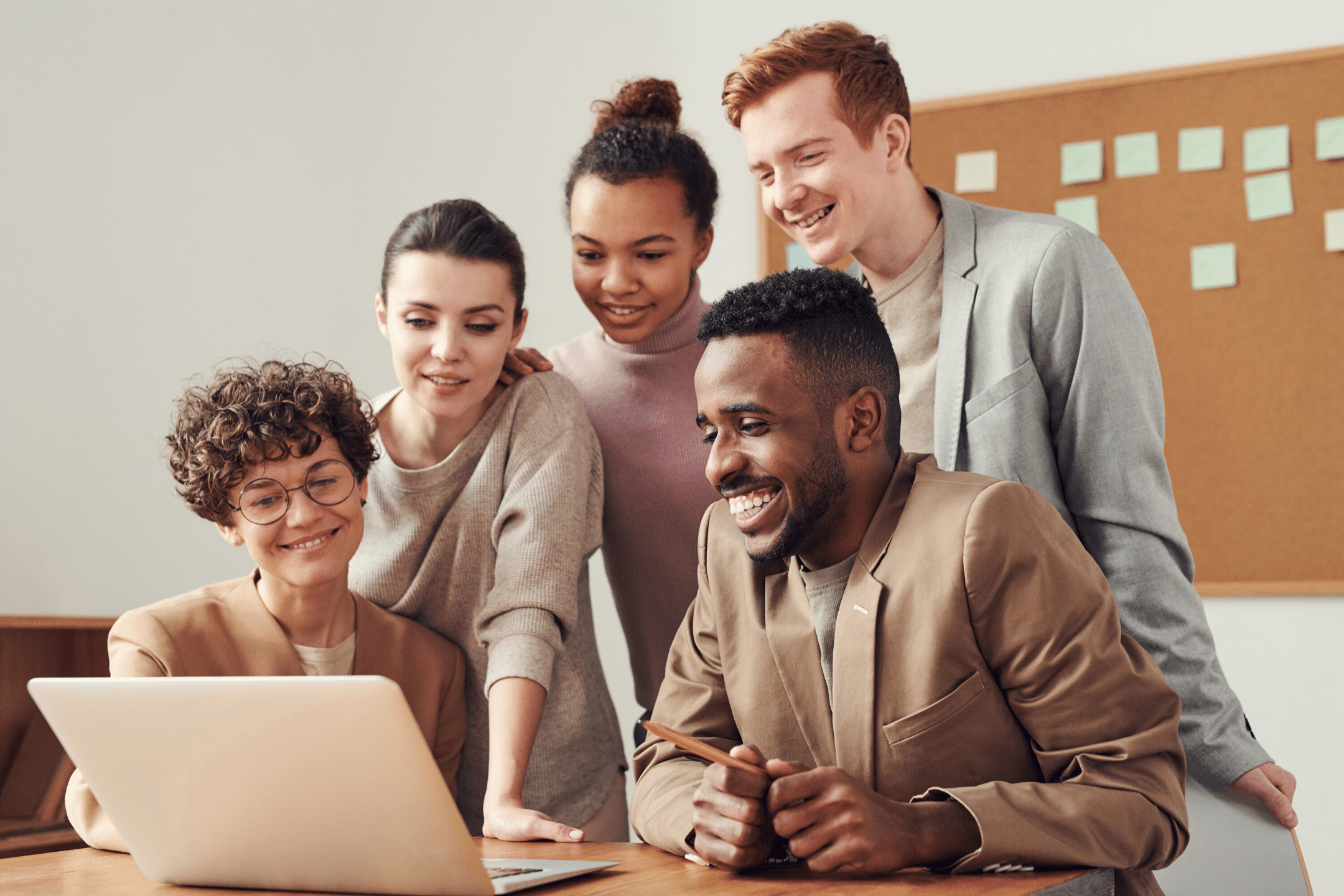 If you wanted an example of what all five of these things could sound like in the workplace, I’ll give it to you right here:

“Okay team. I just wanted to let you all know that you should be ashamed of the numbers you are producing. You should take a good look at yourself and realize how useless you all are. I can’t believe we spent all of this time and money training you and these are the thanks I get. I have never had a team that has missed their numbers this bad. You guys are making me look bad to corporate. There is no doubt in my mind that all of you are just sitting at home wasting the company’s money right now and getting nothing done. There are teams hitting their numbers so what is your excuse? I just want you to think about that, you guys are failing when all of the others teams are killing it. You’re all useless and not needed here until you can bring some value to this company. As a matter of fact, if you don’t get your act together then just start looking for another job because you are going to be fired. I have nothing more to say to you.” 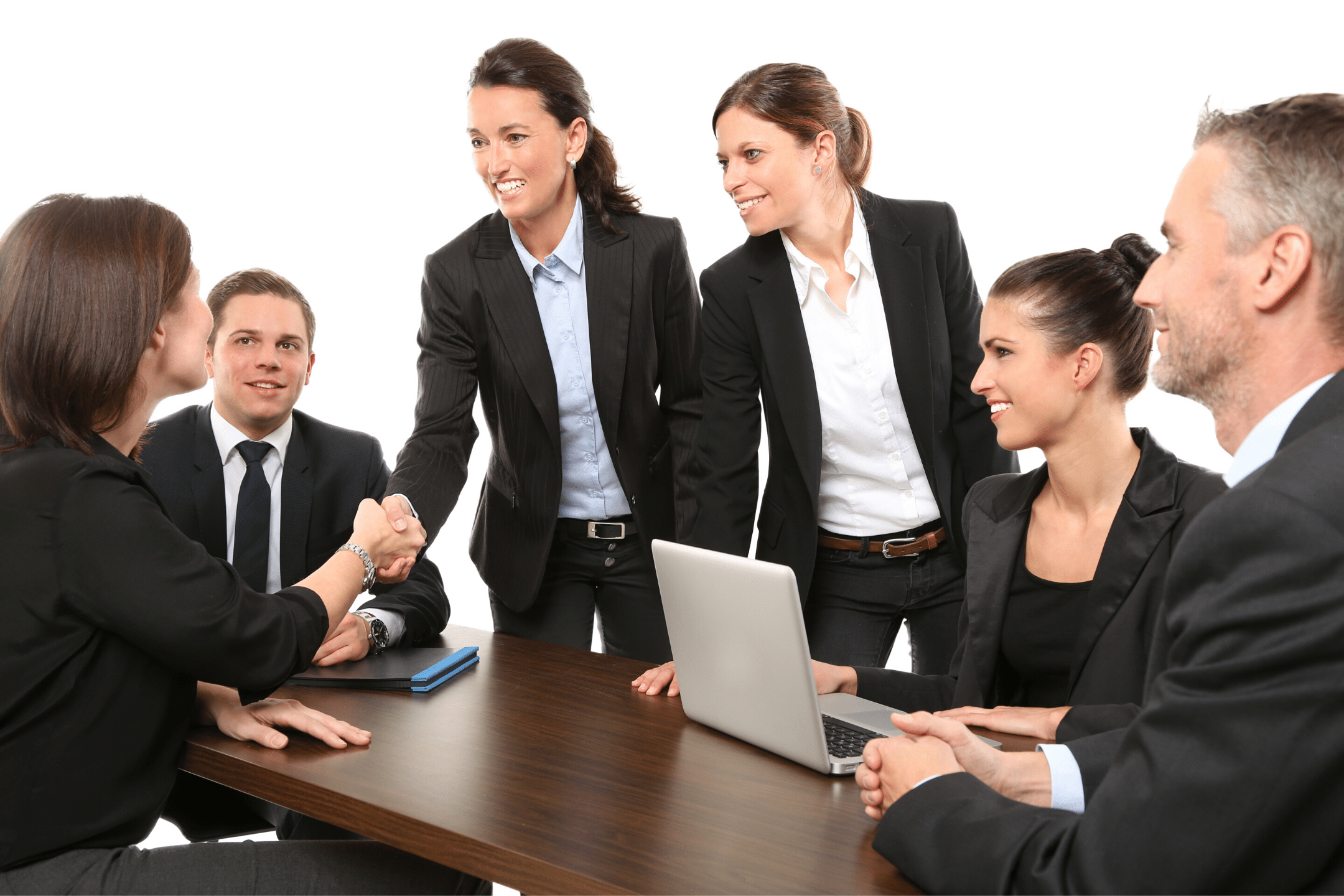 If you want to multiply fear, anxiety, and lack of trust then use these five tips! Otherwise, think about not comparing groups unless you are giving them a way to apply the successful group’s best practices. Instead of telling them their only option is getting fired, help them to look towards the goals they are trying to achieve and reestablish strong values and a positive work environment. As soon as you feel that shame is your ally then ask yourself if you think that you would hire someone that is truly motivated by shame? Is that the culture that rallies people to a vision? It never has and hopefully never will be.

Within every sales environment where there might be struggles, there are companies that are succeeding! We should consider then, changing our approach to get the results we want. If your team’s sale script isn’t working because people are in survival mode right now, then try to offer a survival package script. What incentives can they rally around? What incentives can they offer to their prospects or customers? Be creative and inspiring. People are looking toward you as their leader. Especially when times are hard.

I like to remind myself even when I have to have a hard conversation or hold someone accountable, I can do it in such a way that the person walks away with their dignity and self-respect.

To finish off: Ask these questions to yourself before you speak to your team:

First, how do I want to be remembered after this interaction?

Second, would what I am about to say motivate me? And if the answer is no, if someone said that to me it would actually demotivate me… Then don’t say it.

Have a great day everyone and take good care.